Thanks to Deb and Josh 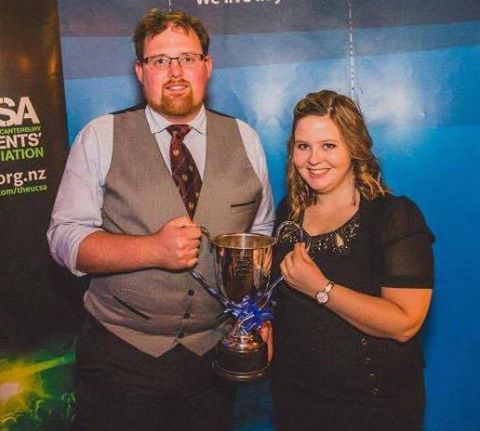 It’s a sad day for UC Hockey as Deb and Josh, our President and Vice President, are stepping down from the committee and the club. Both have served the club for a number of years, with Josh first getting involved in 2009 and Deb joining a year or two later. They have had a variety of roles between them, including Secretary and President for Deb and President and Vice President for Josh, as well as their coaching and managing roles. Josh has also been a board member of CHA on top of his club duties.

We should all acknowledge the huge amount of effort they have invested in UC Hockey over the years, putting in hundreds of hours each year as they helped to bring it from a club of 2-3 teams up to 20 with teams (usually multiple) in nearly every grade. Their contributions have been recognised by both New Zealand Hockey and by the University of Canterbury with our favourite hockey power couple each taking out the Blues Award for Outstanding Contribution to Sport in consecutive years. There’s no way clubs like UC Hockey would exist without the effort and selflessness of people like Deb and Josh, so thank you to both of you for everything you’ve done.

We wish you all the best for your overseas adventures next year and we hope we will see you back at the club in a few years!

In regards to succession I will be taking on the role of President and Elsa Marshall will be taking over my duties as Treasurer. We’re excited to be taking the club forward in the future and carrying on the work of two amazing and dedicated hockey supporters.