In continuation of our recent ‘Legends of UCHC’ series, another unsung legend is Jim Currie.

Jim joined UCHC six years ago. He is a man of many skills and talents. He is a hockey player, CHA umpire, and photographer, and in the past has had a hand in coaching, managing and being a UCHC committee member. Chances are you’ve seen him at the turf doing one of those things after being dragged down to the turf by his daughter Hannah. Or was it Jim dragging Hannah to the turf? It’s always been hard to tell who the bigger UCHC fan is…

Last year Jim took on one of the most thankless jobs, the club Umpiring Co-ordinator. Jim put in some serious mahi for the club. For that the club respects his efforts immensely and we think everyone owes him a genuine thank you. But Jim doesn’t just umpire for us, he’s a stalwart of Canterbury Hockey umpiring and a growing talent. If you ever see Jim on your game, you know you’re in fair hands.

In case that wasn’t enough, Jim has organised and played masters hockey for many years. Coming from a committee who organises the rest of the club, this effort can be neither understated or undervalued.

On top of providing those services to UCHC and the wider hockey community, Jim has been coaching, managing and playing in his own team. His success with the Division 3 Apache Men hit an all time high in 2018, leading them to the CHA Division 3 Men’s Championship title. Jim epitomises the best of UCHC, and is a truly valued member of our volunteers.

Jim’s decided to take a step back from the committee this year after many years of services. However you can rest assured that he will still be turfside repping the UCHC maroon. His attitude and professionalism on behalf of the club have always been beyond reproach, and we hope that this post goes some way to show our appreciation to him.

Thanks for everything Jim! 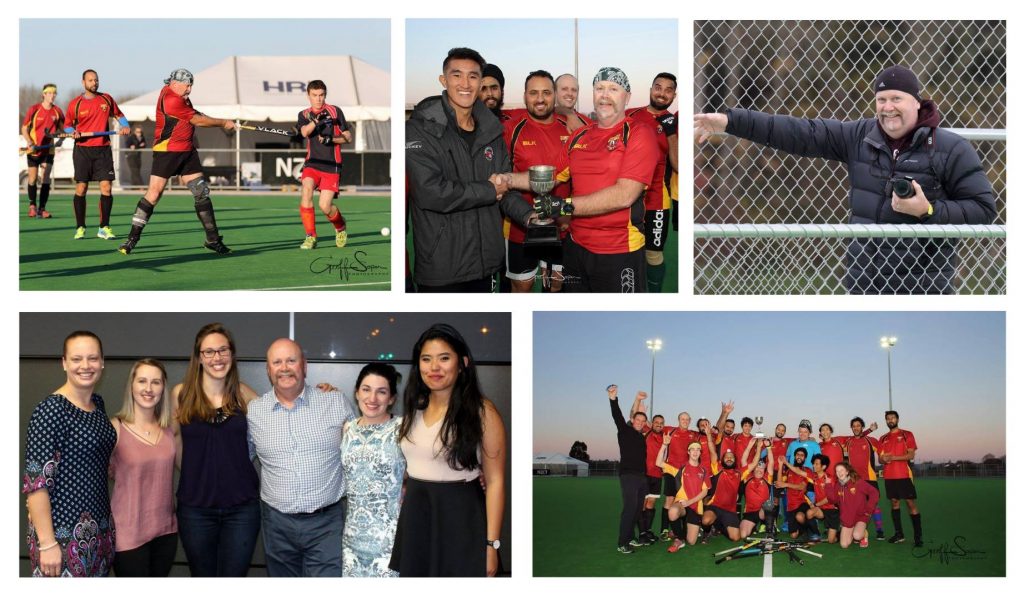 Behind every good organisation are great people working behind the scenes. They are the pillars of success and are the lifeblood of the club. In University’s case, this person bleeds maroon.

Greer Donovan started her UCHC career in the legendary Mayan’s team of 2014. The calls of midweek hockey drew her to the Aztecs, where she became part of the infamous women’s premier social team.

With growing enthusiasm, Greer quickly moved up the food chain where she began her life on the committee. An innovator for new projects and roles, Greer filled important positions for the club through 2015-2017, starting with her role as Debt Collector and Treasurey involvement. Ruthlessly efficient in this position, Greer became notorious round the club. Rumour has it she even tracked down a player’s father at work to get to her target.

Greer’s playing career took an international turn, when she helped successfully demolish the touring Australian foes ‘The Albies’ (University of New England, NSW). Her competitive success continued with her return to Sunday hockey for the Div 2 Amazon’s, as well as featuring in some games for the UCHC Div 1 side.

Greer’s hockey involvement continued to grow through important leadership positions with Shirley Boys hockey teams alongside her UCHC efforts, and 2018 has undoubtedly being her most successful year to-date. She continued her time on the committee as the inaugural Senior Manager, and even found time to begin the revamp of the Div 1 women in the Manager role. One of Greer’s biggest achievements for the club was the successful roll out of a new uniform and club brand in the 2018 season. Over a period of 8 months Greer lead a merchandise team to success by doggedly chasing suppliers for the best designs, quality and prices. This lead to a strong relationship with our new supplier Kooga, and a flood of maroon being seen around Canterbury Hockey with new uniforms, hoodies and coaching jackets.

Greer has stuck through the club in a transformative period, having a huge hand in continuing the growth and success of UCHC. She has stepped back from a formal committee role following the 2018 season, but will always have a presence with UCHC and a strong voice on the side-lines!

Thanks for everything you’ve given Greer. You’ve been a club stalwart, and we ‘dread’ losing you on the committee. 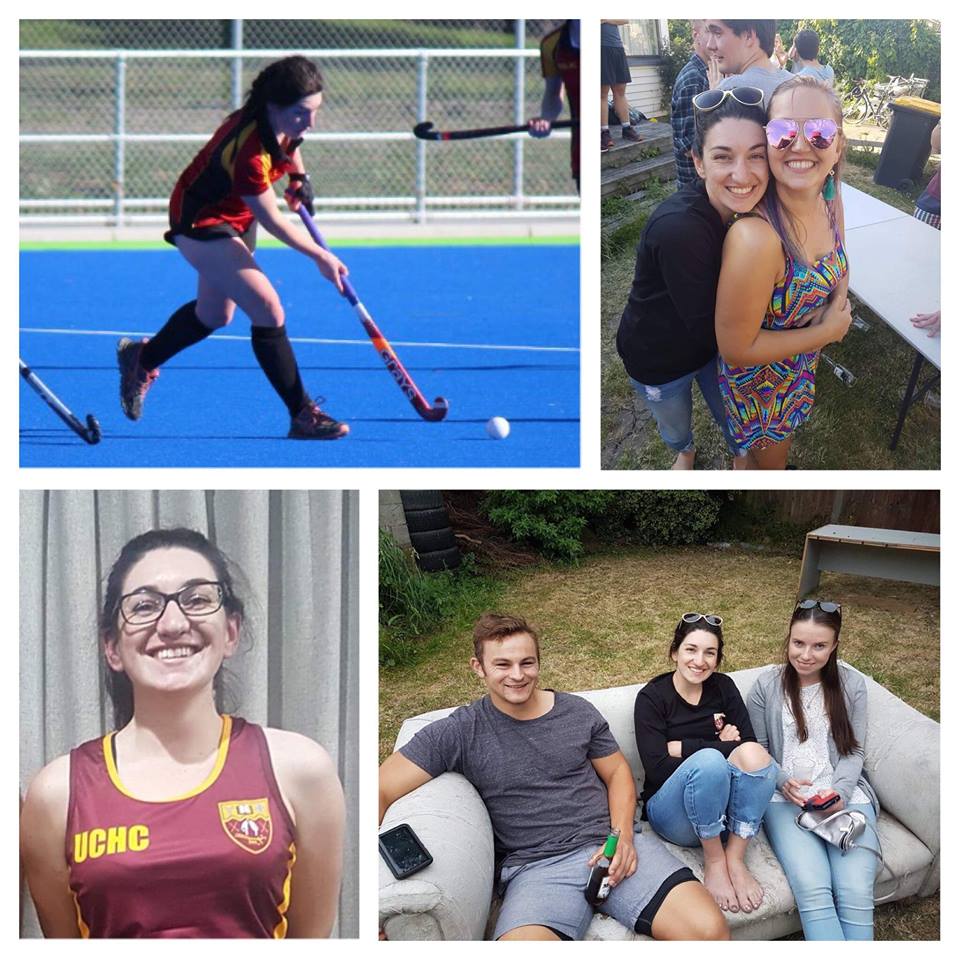 Great people make great clubs, and UCHC would like to honour Charlotte Edwards for making our club great.

She began playing in 2014 for Div 3 Mayan’s before deservedly rising through the ranks to captain the Div 2 Amazon’s in 2017. She then competed in the UCHC Dunedin exchange, before cracking the Div 1 Huns the following year.

Her time on the committee started as a Co-op role under the guidance of Deb and Josh in 2015. She stepped up capably into the club’s #2 position of Secretary the year after, bringing a dedicated and thorough leadership style to this pivotal position. Having substantial input in a transformative period, Charlotte has had extensive influence across the new look committee in recent years. She has stayed through 2018 and 2019 as an Advisor involved in several special projects and mentoring roles, having also been voted on as Vice-President by the 2017 committee.

There is always more room for hockey though. Charlotte has also been a popular manager of the Div 1 Men’s team for three seasons. In 2018/19 she has taken on two major projects, the first, working towards a full club uniform roll out. The second is the re-write of the UCHC constitution, a big effort that will affect club members for years to come. Charlotte has also put her recently earned law degree to use for the club as legal counsel helping the club in a few tricky spots.

But not content with only helping UCHC, she has given valued service to the CHA competitions committee. This is a role only gained by nomination and is not easily appointed. She has brought impressive professionalism to her role and is bringing fresh ideas and perspective on behalf of all the players in Canterbury.

A final highlight was being awarded the esteemed UC Blues Award for Service to Sport in 2018. This was deserved recognition for someone who had put forward so much for the benefit of others alongside her studies at UC.It is with great pride that the club congratulates Charlotte on all her successes.

To reflect her ongoing efforts and committee standing, UCHC is proud to announce her re-appointment to Vice-President for 2019. She is a valued club stalwart and has been the fire that’s kept UCHC continually improving and striving for greatness. We look forward to seeing her successes in the future! 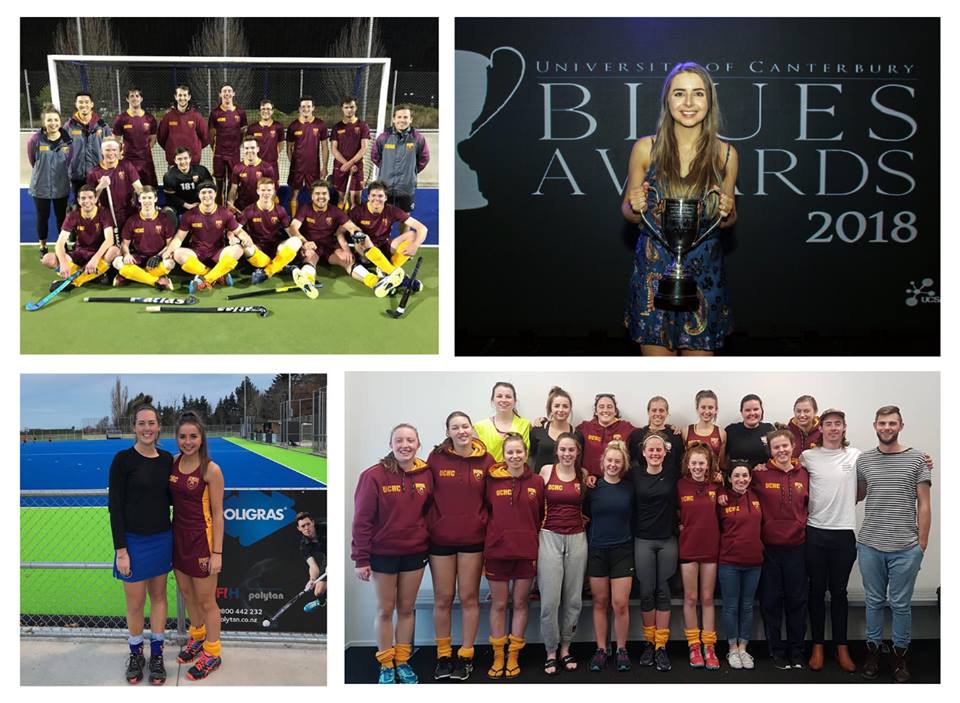